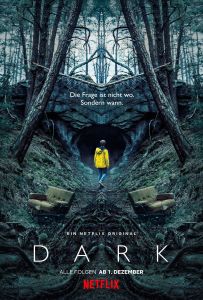 Dark – Season 1 & Season 2: the less one knows about the plot of the series created by Baran bo Odar and Jantje Friese, the better. (Suffice it to say, however, that comparisons to another certain series are superficial and imprecise.) It is a very intricate narrative, essentially about secrets, lies, and cover-ups; a knot with many strands where every detail is eventually called back and used to advance the story or deepen the mythology. However, intellectually challenging and rewarding as it may be, it’s also a bit emotionally cold. Precise casting is crucial to this story (that is generally the case, even if more often than not it goes unacknowledged), and the execution here is spot-on. Performances are for the most part very solid, and always very intense; it’s a large cast, but Lisa Vicari and Louis Hofmann (the two most central characters) display great range and power in their acting. The series look is consistent (every episode is directed by bo Odar and shot by cinematographer Nikolaus Summerer): moody, cold, precise. Udo Kramer’s meticulous production design is worthy of mention for it being itself such an important piece of the puzzle. The use of music, both Ben Frost’s original score, and pre-existing songs, greatly helps to set the mood. 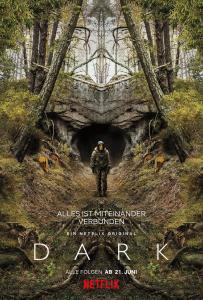