It is a good thing the idea that this list should be limited to only ten titles was abandoned long ago, as 2019 was yet another year filled with great films that came from a great variety of origins, which is always a plus. This plurality of voices matter.

That’s not to say there was not one major source of anxiety as the year went by, however. As the streaming services are producing more and more top-shelf films, odds grow that some of those, that should be seen in a large movie theater, won’t be available at all, or will get just a token exhibition window. Those companies should respect the theatrical experience, and understand that they already scored a goal by getting those films in perpetuity; there’s no reason to not release those films theatrically, in a proper release.

Case in point: they may have been small releases outside of the US and limited within the US, but Noah Baumbach’s work has always been available theatrically; Marriage Story, maybe his most praised film to date, wasn’t. There is a tug of war between the streaming companies, who produce the film, and the theater chains, who exhibit them. Those want to stream their films as soon as possible, these want no competition. There is a middle ground, and I hope they can find it in 2020, so film lovers can have more options to see those movies.

But enough of that. The format of this list will be a bit different this year. There are a few films (plus) that are half a step above the others. As luck would dictate, I was able to do what I did just below.

Mankind reaching the Moon is one of our greatest feats, and those images rank among the most indelible of the XXth Century. Todd Douglas Miller walks the viewer through every moment of the mission proper and reminds us of how challenging it was. The film is a phenomenal work of editing, bar none the best of the year.

Martin Scorsese has a long history of great films set in the underbelly of society, but the mammoth The Irishman may be the crown jewel. It’s when its 209 minutes are seen as it was intended, in one sitting on a big screen, that one can see not only the top-notch visual craft but also how well-structured the film is. This is a three-and-a-half-hour long film that feels short.

The most amazing thing about the Toy Story films (and Toy Story 4 is another example of this) is that, every time since the first of the series, the film is so good, so perfect, that no follow-ups are needed. Yet, every time, the sequel ups the game and makes one wonder how the sequel could possibly not exist. How could Toy Story 4 not exist?

Best Television: When They See Us

Ava DuVernay’s series is likely the most powerful and enraging story told in 2019. The advantage of telling this story in long-form is that all relevant characters are given proper space to be developed and breathe, allowing for a much deeper connection and emotional impact.

Best Book (Released before 2019): The Plot Against America, by Philip Roth / A Gentleman in Moscow, by Amor Towles

The remaining films are listed below, in no particular order (except they actually are listed alphabetically):

By the Grace of God (Grâce à Dieu) 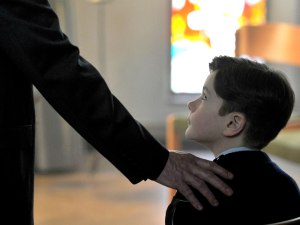 Telling just one of many instances of similar cases, By the Grace of God is broad in its approach, as it coldly looks at the effects of sexual abuse of a large number of people, and the differing effects in each one of them. Another hard but crucial sit.

This Western was a long time coming, following up a television series that was not allowed to end properly over ten years ago. The film may work better in the context of the series, but it’s not always possible to form an opinion in a vacuum. Regardless, the quality of David Milch’s dialogue and how well it was read by the cast justify its presence here. 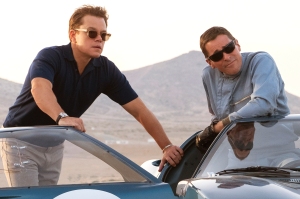 One may accuse Ford v Ferrari (or Le Mans ’66, which is frankly a better title) of being somewhat conventional in its storytelling, but it is an extremely well-crafted big studio production. It tells its story (which is a solid and entertaining one) very well, with great chemistry between the main characters and performers, and top-notch cinematography, editing, and sound. 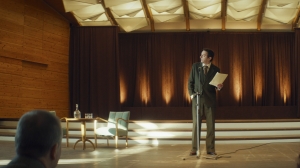 This character study takes a look at a staple character, the bitter humorist; however, by mixing that with a critical look at how strong-armed regimes tend to attack free expression, in particular artistic freedom, this becomes an urgent movie. It helps that this is a very funny film as well.

The premise is certainly sinister and unusual, but this stunning animation (very well edited and scored) is one of the most inspiring and hope-inducing of the year. The film portrays a mostly internal, mostly poetic journey framed by an also poetic, but physical journey, both towards the idea of being whole. Give this hand a chance! 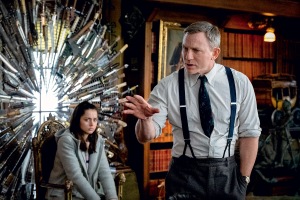 Pure entertainment is often discounted, as if crafting an entertainment film was an easy task. Knives Out is the most purely entertaining film of the year, bar none, which is not to say it doesn’t have some scathing criticism of a certain crowd. The mystery is fun to uncover, the film is filled with colorful characters, played by a great cast clearly having a lot of fun. 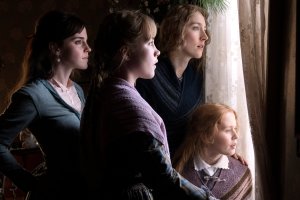 The classic, oft-filmed story continues to be delightful, one that shines a positive light over every one of its subjects. Their goal is happiness and their mean is kindness; that positive combination is more than welcome in our cynical times. The scrambled structure works very well, as it moves around the emotional beats very efficiently.

The most visually striking film of the year, Bi Gan uses those dreamy images to serve his poetic story, a journey through memories and dreams and everything in between. Every piece of the craft (music, production design, cinematography, acting) is perfectly tuned to the creation of that lyric space. 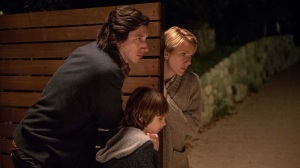 Above all an acting masterclass by the two main performers, Marriage Story is a great reminder of how complicated human relationships are. The history between the characters have layers upon layers, and expectedly, each side has a differing view of things. Where is the truth? Who knows, except that it’s painful, no matter how one cuts it.

Once Upon a Time… In Hollywood

This is a mellow, unusual Tarantino, one that basks in a sad nostalgia for a time and place that ceased to exist. The love that he feels for this setting can’t be denied, and that results in a very earnest film, one that clearly shows its wish that things should have been different.

Maybe an autobiographical movie, maybe not, but one that is very personal to Almodóvar nevertheless. It is insightful, melancholic, funny, and always very emotional. If the story is not quite a typical Almodóvar, the film keeps his trademark visual elegance and brings to the table a magnificent Antonio Banderas performance.

What makes the gut to the punch so potent in Papicha is that the lives attacked by fundamentalist violence feel so far from abnormal. Fundamentalism, of any kind, is the scourge of our times, and this powerful film drives home the point, with its sympathetic group of protagonists, how absurd it is.

A film as hard to typify as Parasite more often than not doesn’t succeed as much as Parasite does. It does everything well: it is funny, it is thrilling, it is heartbreaking, it is critical. Many films on this list have great (and large) casts, but this one might top them all, as all performances work perfectly. 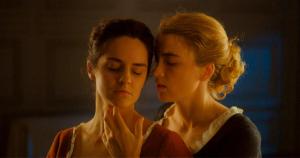 Intelligent and entertaining, the conversations that make most of The Two Popes are beautifully read by two great actors working near the peak of their acting powers. That combination, of acting and dialogue, reveals the inner workings of the two characters as they veer towards mutual acceptance. The way this is shot and edited gives the film an unexpected dynamism.

A beautiful coming of age story, where the protagonist is coming to terms not only with herself but also with what she knows, what she thinks she knows, what she remembers and what she thinks she remembers. The confusion is justified, as the official line and the truth don’t exactly wank hand-in-hand. The film may portray the tail-end of the most painful years in Brazil’s history, but the pain still lingers; it’s dealt with wonderfully here.

I would love to know in the comments area below what your favorite films of 2019 were. Thanks for reading!