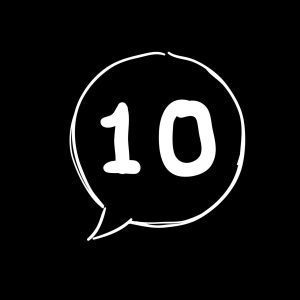 I think it’s time to embrace the fact that I’m utterly unable to come up with just 10 films. It’s an arbitrary number, one that is neither too large nor too small, that is traditionally used just because most people have that number of fingers in their hands. Well, more often than not I have more than 10 films in my head that I feel should be a part of a list such as this one.

2016, thankfully, was one year where the list is overflowing and, I believe, quite diverse; that beats the alternative, and for that I’m grateful. As it happens often, this list gets ready very late, as some films do not get a release here until this time. (As of now, some films that remain unseen are: American Honey, Graduation, Loving, Personal Shopper, Silence.)

So, my Top 10 Films of 2016, loosely in order (mostly because I have bunched a few of them together):

Science fiction is mostly used in action films, because it allows for inventive ways of portraying onscreen violence. But a good, smart science fiction film is much rarer; Arrival is one such beast. Centered around a great performance by Amy Adams, who exudes intelligence and sensibility to a role (and film) that requires both. Director Denis Villeneuve creates a work that looks and sounds good, all in service of the great story.

There were no films in 2016 that were as exhilaratingly entertaining as the (wildly different) musicals La La Land and Sing Street. Part (a great part) of that comes from the music itself, as both films have a winning selection of songs. Part comes from the well-chosen and winning couples at the center of each. But most of it comes the stories the directors are telling, which are engaging, charming.

Sequels to beloved films are hard to pull off, but Finding Dory does it. The themes from the original film are present, even if the focus shifted. The new characters are fun, the animation is beautiful, the whole experience is very entertaining and uplifting.

The Coen Brothers create a handful of great characters (a star is born in Alden Ehrenreich, but the whole cast is excellent) and some of the funniest scenes of the year, all the while paying homage to old school films. The film looks great, as well, thanks to Roger Deakins and the production design team.

Tom Ford’s film is stylish, and succeeds in the balancing act of telling multiple storylines in a way that keeps them all interesting. It also showcases two of the best performances of the year: Amy Adams and Michael Shannon.

The Happiest Day in the Life of Olli Mäki

Boxing films very rarely are this delicate. Shot in beautiful black-and-white, this unassuming film is well-acted, surprising by telling this particular story with this particular focus, and all the more lovely for it.

Zootopia / Kubo and the Two Strings / The Red Turtle

What a year for animation 2016 was. These films could not be more different; they showcase three different techniques of animation, they have stories that hail from differing world views. What they do have in common, however, is that they all look great and are telling fascinating stories.

The Handmaiden / The Wailing / Train to Busan

These films don’t have much in common: they are South Korean, they are very energetic in their storytelling, they are exceedingly well-crafted, they have many interesting characters, they are very entertaining and moody, but each in its particular way. So perhaps they do have a lot in common after all.

With one of the most well-tuned casts of the year, which fully dominate the quartet of characters and the delightful dialogue. Well-paced, well-shot, well-scored. The story is an old staple, enriched by the details and the all of the above.

Richard Linklater is the master of films with loose stories but great characters, who proffer smart, delightful dialogue. He has done it again with this film.

A very interesting ensemble drama that is raised above its already interesting material by the camerawork and staging that truly puts the viewer in the action.

Fire at Sea / I Am Not Your Negro

These documentaries deal with issues which are very contemporary. One has poetic images, another poetic words; both are powerful, insightful, rich experiences.

Very instructive (almost too much so), but also extremely entertaining dialogue, Death in Sarajevo navigates the complex waters of the Balkans.