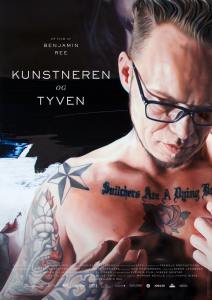 The Painter and the Thief: the story told by Benjamin Ree, that of an unlikely friendship between (as the title suggests) a painter and the thief who stole one of her works out of a gallery, is mildly interesting at best. This documentary, however, takes a very deep dive into both of their psyches. Both subjects, the drug addict thief and the foreign, dark artist, are seen at their most vulnerable. The film achieves that by choosing to keep the focus on one character for a long period of time, in lieu of a more traditional, parallel view; that’s a good choice by the director and well-executed by editor Robert Stengård. The camerawork is ever-present and unobtrusive, consistent with the non-judgemental tone. Composer Uno Helmersson’s musical score punctuates the film well.