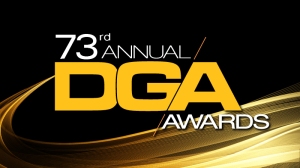 Outstanding Directorial Achievement in Documentary: Benjamin Ree, for The Painter and the Thief

Benjamin Ree, with his choices on how to tell the story, gives the emotions present in this documentary more depth and impact. (Not seen: The Truffle Hunters, Welcome to Chechnya.)

Outstanding Directorial Achievement of a First-Time Feature Film Director: Regina King, for One Night in Miami…

Regina King extracts a number of wonderful performances from her cast. On top of that, her choices give the film a dynamism that is surprising given its origin as a stage play. (Not seen: The Father.)

It’s no surprise that a Fincher film would be this visually precise and well-manufactured. The performances are generally great, reading beautifully the entertaining dialogue. The film’s aesthetics, its looks and music, are a great fit for the story as well. (Not seen: Minari, Nomadland.)