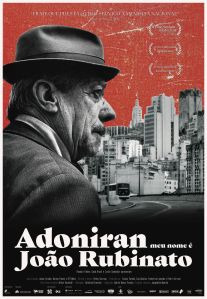 Adoniran – Meu Nome É João Rubinato: Adoniran Barbosa, the subject of Pedro Serrano’s documentary, is a great character, an interesting composer and an unmistakable performer (his hoarse voice is somehow perfect for the sort of material he wrote). He was also a good storyteller, something already evidenced by his work, but further demonstrated by how many different anecdotes (all of them entertaining) there are surrounding some facts of his life or work. As he had a long career spanning radio, television, cinema, and music, there is a great breadth of archival material, of him and about him, some of it in great shape. Those, in addition to some newly recorded interviews, allow for a decent look and some interesting insights. The documentary eventually loses some steam in the second half, as it distances momentarily away from his music, even if the images, past and present, of São Paulo are a nice touch (as he was a chronicler of life in the city). 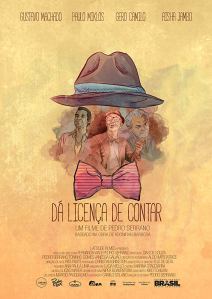 Preceding the documentary was the short film Dá Licença de Contar, also directed by Serrano. Well-made, it uses pieces of Adoniran’s songs to tell a few stories, as his work as a whole created a unified multiverse.