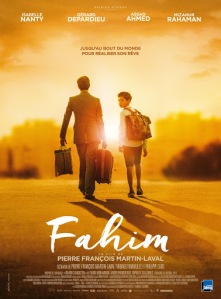 Fahim: the stakes of Pierre François Martin-Laval’s biopic are very clearly, but also very unsubtly, determined early on; as such, the film is efficient in tugging the heartstrings as it moves along. Smartly, the film doesn’t center its attention too much at the chess itself; enough for the initiated, not too much for those that don’t know the game. Gérard Depardieu is quite good as the gruff but caring mentor, a kind of role he always plays well; Isabelle Nanty is also good as the warm supporter; the kids, in general, are fine, skewing away from the overly cute; Assad Ahmed makes a good protagonist. The film is well shot by cinematographer Régis Blondeau and edited by Reynald Bertrand, even if neither are particularly remarkable efforts. Composer Pascal Lengagne’s musical score is a good fit.