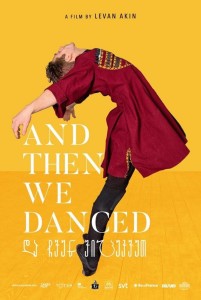 And Then We Danced: director Levan Akin conjures an interesting mix in this drama, as he plays against a very specific backdrop (Georgian national dance) a story that is seemingly more and more universal (the persecution of those who dare to follow their hearts, going against cultural and religious tradition). The main characters are all engaging: talented, passionate, dedicated. They are all well-defended by the young cast: Levan Gelbakhiani is very expressive, with a very earnest face; Bachi Valishvili deals very well with the mischievousness and defiance of his character; both of them, as well as Ana Javakishvili, have the physicality for the dances. The film is nicely shot by cinematographer Lisabi Fridell, who captures the energy and intensity of the dance numbers (assisted by the editing team of Akin and Simon Carlgren), as well as the more intimate moments, very effectively.