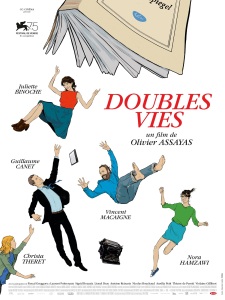 Non-Fiction: there is a disconnect between the story of Olivier Assayas’ film and most of the (very extensive) dialogue, which creates a nice poetic symmetry to the film’s original title and makes this an interesting, richer, more rewarding experience. The characters are talkative intellectual types and the back-and-forth arguments (about culture spread, the written word in particular, in the present times) are in fact very interesting by themselves. The plot, what little there is of it, is charming. Still, it’s mostly an non-emotional journey, albeit how intellectually rewarding it is. Acting is solid, with Juliette Binoche, Christa Théret, and Guillaume Canet mostly subdued (and they deal quite well with the dialogue); Vincent Macaigne has a trickier job, and he creates a subtly insecure character with his patter speech and posture. The film is not visually distinctive (nor it needs to be), but well produced nevertheless.