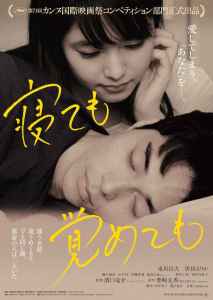 Asako I & II: in spite of an intriguing starting point, Hamaguchi Ryusuke ultimately follows a very beaten track; the Japanese sensibility and perspective, however, bring some freshness to the whole. The pivotal character in the triangle, played by Karata Erika, is quite a cypher, emotionally closed, and beyond her porcelain-like beauty, it’s hard to understand why she is the object of love of both men; it’s a quiet, but not inert performance. Higashide Masahiro manages to create two different characters that are distinguishable past their physical differences; supporting players Yamashita Rio and Seto Koji are good as the friends to the main couple. The film has a good, but far from special look; its uneven pace, which drags particularly towards the end, is another issue.