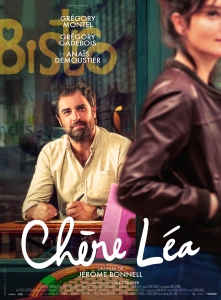 The Love Letter: a breezy and entertaining romantic dramedy, Jérôme Bonnell’s film follows a man trying to write a love letter to a girlfriend he had a fight with. Of course, no matter how single-issue he became, his many other problems are not going away. The film, smartly, shows the protagonist as a bumbling romantic and makes him all the more relatable because of it. Grégory Montel plays the protagonist with the right amount of charm. Grégory Gadebois, as the nosey barkeep that helps the protagonist, plays his character as the straight man of this low-key farcical duo. The film has a clean, efficient look, locating most of its actions in a pleasant, almost dream-like neighborhood of Paris, a good combination of the works of the production designer, Aurore Casalis, and the cinematographer, Pascal Lagriffoul.