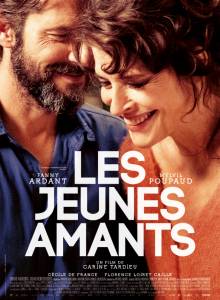 The Young Lovers: Carine Tardieu’s film is a tender, romantic melodrama that looks at the relationship between an older woman and a younger man. Both characters are engaging, and their relationship is believable. It helps quite a lot that the acting of Fanny Ardant (playing the retired architect widower) and Melvil Poupaud (who plays the doctor who falls for her) is so good, with good chemistry between them. The other members of the cast, in particular Cécile de France, Florence Loiret Caille, and Sharif Andoura are also in good shape. The film has a very traditional look to it: Elin Kirschfink’s cinematography is efficient, clean, classical; Christel Dewynter’s editing gives the film an unhurried pace; the use of music, both the beautiful original score by Eric Slabiak and the pre-existing themes, is very good.