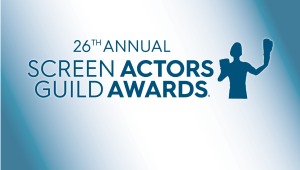 Margot Robbie makes the best out of a character that has quite an emotional arch, one that includes a wide range of emotions to play with. (Not the seen the nominated performance of Scarlett Johansson in Jojo Rabbit.)

It is a very quiet, subdued performance given by Joe Pesci, as a man that wields enough power that there’s no need to bring it to the surface. (Not the seen the nominated performances of Jamie Foxx in Just Mercy, Tom Hanks in A Beautiful Day in the Neighborhood.)

Best Female Actor in a Leading Role: abstain (Not the seen the nominated performances of Cynthia Erivo in Harriet, Lupita Nyong’o in Us, Renee Zellweger in Judy.)

Marriage Story tells a story that gives the actors a wide range of emotions to play with, and Adam Driver does it wonderfully, without resorting to cheap showboating.

The cast of Parasite may not be, at least for Western audiences, as star-studded as some others, but there is not a wrong note given by any of them. It’s a pity that there was no individual recognition to any of the castmember, as they were all deserving. (Not seen: Jojo Rabbit.)