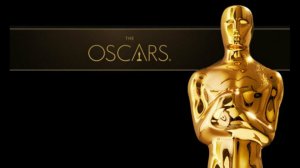 Despite (or because of) the many times I have mentioned how great 2013 was for film, at some point I just need to let go and move on to 2014. The Oscars ceremony last night seems the perfect reason to do so.

Not that there is anything wrong with that. So much quality around makes the game of choosing the best almost foolish; it must, however, be done in some way. (Or does it? Anyway, I digress.)

The ceremony itself was, as usually is the case, a mixed affair. It all begins with the choice of host; Ellen DeGeneres certainly has many fans, but I’m not one of them. While the choice of going for a looser, more informal presence is a good concept, I think the execution was flawed. Way too much time was spent in the pizza bit, and while it did yield some interesting (and unusual) moments, the time invested could have been better used.

Not all the fault is in her shoulders, of course. Some of the presenting pairs were downright odd and had little to no chemistry. The musical numbers were all interesting (since the songs themselves were good enough), but the choice of acknowledging just one of the many many many films that make 1939 a memorable one a bit arbitrary. Also, the thematic montages, always something I like to see, felt unfocused; the need of more than one suggested laziness.

The In Memoriam segment was, as usual, very emotional, as it reminded of how many talented people won’t create anymore. I was surprised and pleased when I saw the name of Eduardo Coutinho flash in the screen; he was one of the greats, and hopefully this may increase awareness for his awesome work. Gone too soon, like all of them.

As for the awards themselves, I am satisfied with the results. I don’t necessarily agree with all of them, but I honestly cannot begrudge any single one. 12 Years a Slave deserves the prize. It’s an important film, but so much more as well. Gravity certainly deserved all of the so-called “technical awards” it got. (A word or two about that: calling them that, as is done very often, implies that there is no artistry involved. That’s a sad misconception, and nothing could be further from the truth; those are artists that are making aesthetic decisions, the same way that writers, actors and directors are. To call them minor is also a crime: film, as we know it today, exists only because those artists perform at the high level they do. They may not be as fully understood or perceived as some other aspects, but the experience would not be as complete or pleasurable.)

And now, forward to the best and worst of times, hoping, anticipating even, the next batch of great films, anxiously.