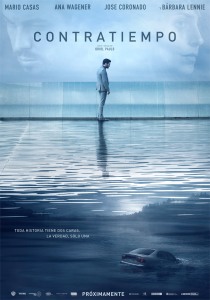 The Invisible Guest: Oriol Paulo’s film provides an interesting proposition: Stefano Mordini’s The Invisible Witness is a remake of this film, and if every film is to be judged on its own terms, that becomes a harder task, particularly when watched back to back. Everything said about the story of that film applies here, as well: the constant sequence of half-truths and lies told by the main character barely hides the fact that not much makes any sense. It’s not a shot-by-shot remake, but Mordini’s film is following this one emotional beat by emotional beat; it’s almost irrelevant which was done first, as they are essentially filming the exact same screenplay. There is one creative choice that distinguishes (barely) them: Mario Casas, as the protagonist, is softer, more engaging, and sympathetic than Riccardo Scamarcio; as such, his journey is (again, barely) richer. Bárbara Lennie is a bit stiff at times. Ana Wagener and José Coronado are fine in their tricky roles. Cinematographer Xavi Giménez, editor Jaume Martí, musical composer Fernando Velázquez do a good job, creating a polished, generally unmemorable aesthetics.