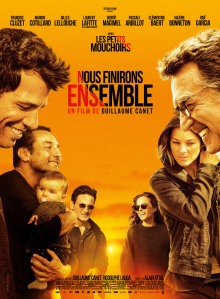 Little White Lies 2: Guillaume Canet’s lightly comic drama (a sequel, but one that works well as a stand-alone, even if it’s probably enriched by knowledge of the original) trades in excesses: there are too many characters, too many traumas, too many “big events”. That said, what it has to say about friendship is powerful, touching, and feels real, making up for some of its faults. It is a large cast in fine shape: François Cluzet and Marion Cotillard get the lion share of big scenes, but everyone gets a moment to develop and shine. The film is competently but unremarkably shot by director of photography Christophe Offenstein, who captures nicely the charming locations. The film sports, however, a rather fine selection of songs, which greatly helps to set the mood.