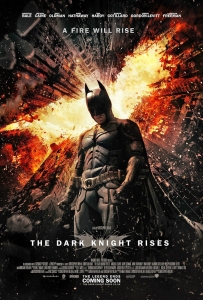 The Dark Knight Rises: as I revisited this film, I was impressed at how little action (relatively; for films of this genre) there is. The focus is on the characters and the story, which are well in concert with the essence of the main character. Therefore, the whole thing feels organic and closing the circle, the right way to go. The attractive cast is very solid, Anne Hathaway and Marion Cotillard being the stand-outs. Production values are great, and visually the film is clean, being clearer and better for it.

(As a sidenote: considering my relatively low opinion of Batman Begins compared both to this film and The Dark Knight, there may be hope for the sequel(s) of Man of Steel. However, the different nature of the main characters makes the task non-trivial.)