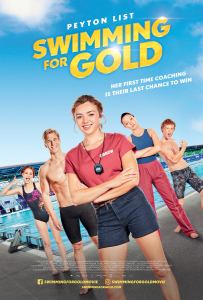 Swimming for Gold: Hayley MacFarlane’s film is a good example of vapid and harmless entertainment; the story, of a young woman that needs to help herself in order to help others, is far from new. For such a short runtime, the film is overstuffed with side dramas, so it’s not surprising that most, if not all of them, result in being superficial. The setting, a swimming camp in Australia, is a good excuse for the cast to be a collection of young performers with hard bodies. The performances are unimpressive; Peyton List and Daniel Needs, as the budding couple, are not asked for much but deliver even less (particularly him); Olivia Nardini and Ray Chong Nee, as the comic reliefs, ham it up to eleven (particularly her, almost to the point of annoyance). The film looks bright and colorful, but not particularly distinctive.