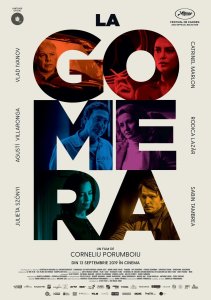 The Whistlers: Corneliu Porumboiu embraces the fact that hardline criminals are very rarely going to be likable people, as he tells the story of a group of them that are double-crossing and back-stabbing as they go. The storytelling is refreshing in that sense, and its narrative elegance raises this film above the pure genre fare. The performances are subdued and hard-nosed; these are (mostly) people doing their jobs and trying to do them well. Vlad Ivanov, as the cop at the center of the story, is efficient in his dourness; the stunning Catrinel Marlon is very fine as the story’s femme fatale; Rodica Lazar is also quite good as his boss. The film’s elegance begins with the unobtrusive and very precise work of cinematographer Tudor Mircea. The editing, by Roxana Szel, jumbles the timeline, and in doing so drip-feeds the information so there’s always the uncertainty of what might happen next. The use of music is exemplary, as it’s hard to go wrong with Jacques Offenbach’s famous barcarolle from “Les Contes d’Hoffmann” (which is used repeatedly), but Ute Lemper’s version of “Mack the Knife” in the original version is also a home run (not for nothing, it opens up with her whistling).